Since I am not a veterinarian, I do not diagnose or treat specific conditions, but I do consult with the pet’s person regarding a remedy that may be helpful to their animal.

When I began my practice, I expected to provide care for human beings which has been my primary work. However, patients who have been successfully treated would sometimes ask me if I could provide care for their four-legged family members.

I hesitated, wondering how it would be taking an animal’s case, and I have found that it is very similar to taking a young child’s case. While my own observations can play a part, the careful reporting by an animal’s person who understands their animal is essential. Most people who have an animal they love and care for are very astute reporters of their animal’s characteristic symptoms, both mentally and physically. 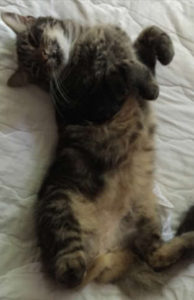 My cat is named Sebastian, and I wrote an article last year about treating him that was published in Homeopathy Today, called “A Tale of Bites, Infection, Jealousy… & Healing.”

One of the criticisms of Homeopathy is that it is placebo medicine.

In my work with cats and dogs, it is clear that they are unaware of the medicine they are taking — happily eating a pill pocket which has been filled with a remedy or taking the remedy mixed in with their food!

Here are some other animal stories that I thought you would enjoy: 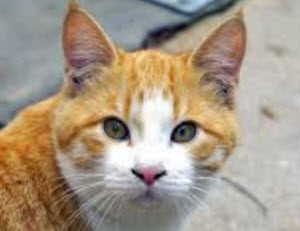 Bobby is a 2 year old cat. As a 6 week old kitten, he was adopted from an animal shelter. He was malnourished and had developed an infection in his left ear which was initally treated with antibiotics.

Since then, his left ear would droop a bit if he was stressed. His person, who is a very kind, gentle woman, describes him as liking company to the point of being needy.

Five months before consulting with me, he was given antibiotics for a tooth extraction and dental cleaning. After that, he had diarrhea which was from his new diet. In the last two weeks, he had diarrhea with urgency. His person reports that he isn’t getting the attention he would usually get due her family’s 2 month old baby.

I suggested Pulsatilla for him and the next day he had a more solid stool. Over the next few days the stool became normally solid and there was no urgency. 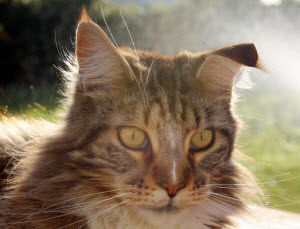 Maxine, an 8 year old cat, developed a very itchy skin condition which was worse on the right side of her body.

It had been treated and disappeared with steroids. A few weeks after the steroids, the rash and itching returned.

Maxine had also become very anxious and had taken to hiding frequently. Given this information, Arsenicum Album was recommended and both her anxiety and skin cleared. 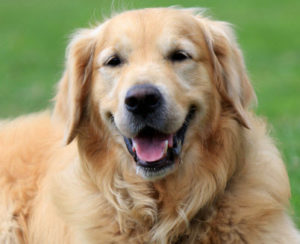 Lucas is a 5 year old dog who had an eye infection in his right eye which then moved to his left eye as well.

Antibiotics were prescribed for him, but have not been effective.

He has been stressed by the arrival of a new puppy and has retreated from interacting with other family members.

I gave him Lycopodium and within a few days, his eye infection cleared and he returned to his playful, interactive self.

For more information or to schedule a consult please contact me at (415) 306-7699 of fill out my contact form on the right!