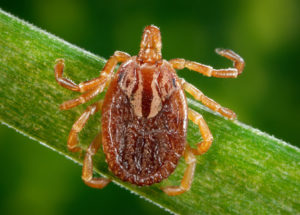 In 1997, I was living in Connecticut when I discovered a small tick embedded in my leg, which I removed right away.

Within a few weeks, the bull’s eye rings associated with Lyme disease began to develop and I experienced flu-like symptoms.

Having practiced homeopathy in Connecticut for two decades by then, in the state where Lyme was first discovered, I was well aware of the tick-born disease.

Lyme was, at that time, both newly understood and already very prevalent. It had noticeably affected the community for decades and was only officially named in 1982.

In 1997, most people who had symptoms of this disease visited an allopathic M.D. for treatment. Even as a classical Homeopath, I assumed the only way to treat Lyme disease was with antibiotics, so I followed suit.

Diagnosed with Lyme, I took a course of antibiotics for three weeks, as prescribed. My symptoms disappeared. I stopped needing to take any further medication. 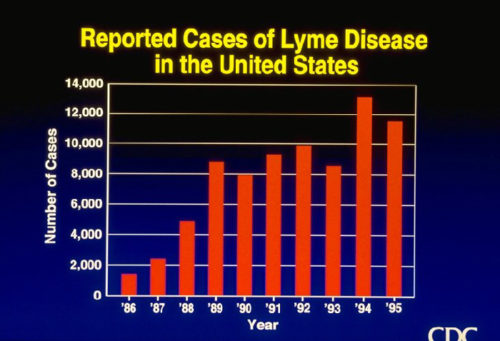 Two years later, I discovered another tiny tick embedded in my skin. Within a week, I
I experienced severe joint pain and muscle aches. By now, I knew all too well the signs.
I visited the same M.D. and took the standard course, then, of antibiotics for three weeks. I no longer experienced any symptoms.

My doctor reasonably recommended that I no longer needed to take the medication. Within a few days of stopping, my former symptoms reemerged. As recommended, I restarted the antibiotics.

By the next week, I began developing hives, an allergic reaction to the antibiotics themselves. Unfortunately, this necessitated that I stop the antibiotics. Once again, my symptoms returned.

By the late nineties, I had seen enough people receive antibiotics for Lyme via PICC lines (peripherally inserted central catheters), on a long-term basis, that I feared this might be my fate. 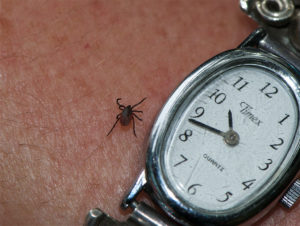 In my medical practice, a number of patients, who saw me for other issues, reported that they had been using the PICC line with antibiotics for several years.

Without the antibiotics, their symptoms returned. Despite this treatment, many struggled to maintain their previous quality of life. Clients on PICC continued to feel overcome with fatigue and reported “thought fog.”

Many of the Lyme symptoms, including muscle and joint symptoms, persisted.

A tick injects an infectious agent called a spirochete, a flexible spirally twisted bacterium. The goal of conventional medicine is to kill off spirochetes by using antibiotics. Antibiotics can be effective, just as they had been the first time I had Lyme disease. 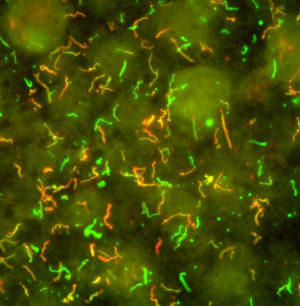 However, it would appear that in many cases, the antibiotics kill off a percentage of spirochetes so that at first it appears the disease is eliminated, but as soon as the antibiotics are stopped the remaining spirochetes reproduce, causing illness.

In so many of these cases, including my own second time, it is not enough to attempt kill off the spirochetes. What needs to occur is to strengthen the immune system so that the spirochetes find themselves in an inhospitable host and die off.

Lyme and other tick-borne diseases often produce devastating symptoms. Complicating the situation, we find that, without the memory of a tick bite, these diseases are often difficult to diagnose.

This is because blood testing does not always reveal the source of the problem. This can leave patients bewildered about both their symptoms and what treatment to choose. Too often, patients are misdiagnosed, which prevents the correct treatment.

Otherwise, they are often dismissed by physicians who look at the patient’s inexplicable symptoms as hypochondriacs. Because Homeopathy bases prescriptions on the symptoms of an individual, it is in a unique position to provide effective treatment in Lyme and other tick-borne diseases by strengthening the patient’s own immune system.

This treatment can reach beyond the ability of a conventional diagnosis. Many people still do not realize that Homeopathic medicines are capable of curing numerous serious conditions. In order for Homeopathy to be effective, a patient’s case needs to be taken by a qualified practitioner of classical Homeopathy, so that the curative remedy can be prescribed.

While perhaps unusual, I decided to watch this disease unfold in me and treat it myself. Having treated Homeopathy on a wide range of conditions, and witnessed its profound effect, I set to explore what Homeopathy could do in the case of tick-borne diseases. I became my first patient with Lyme disease. 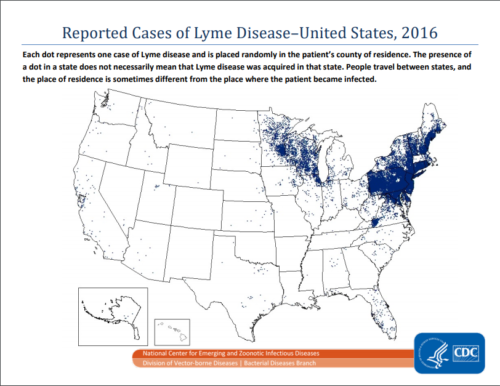 Based on my symptoms I treated myself with a Homeopathic remedy which covered those symptoms. I experimented with repeating the dose on a more frequent basis than I typically did and with 24-48 hours my terrible muscle pains were gone.

Little by little my joint pains improved and after six weeks I was completely well and was able to stop my Homeopathic remedy, without a recurrence of Lyme symptoms. It has been 20 years since I had this second bout of Lyme disease and I have been symptom free.

HOMEOPATHIC TREATMENT FOR ALL

I then began working with my patients who suffered from the tick-borne diseases. At the same time, other seasoned practitioners of Homeopathy began doing the same and exchanging information, with similar successful results.

As with all Homeopathic treatment, after taking an extensive history of the patient, going over each symptom in detail, the patient receives a remedy based on their unique symptoms.

Some patients respond almost immediately; for others, especially where the symptoms have been prolonged, the return to health is a process over time.

WHAT SHOULD YOU TAKE?

Very often I am asked, “What can you give me for Lyme disease?” Too often advertising reinforces the concept that there is a particular Homeopathic remedy for a disease. It is important to realize that in Homeopathy there is no one remedy for the treatment of Lyme or other tick borne diseases.

There are several thousand Homeopathic remedies; approximately 150 are used on a more regular basis. Any one of these could be the remedy for a particular patient!Unlike allopathic medicine which gives a specific medicine for a specific disease, the skilled practitioner of Homeopathy will select a Homeopathic remedy which covers the patient’s unique symptoms. 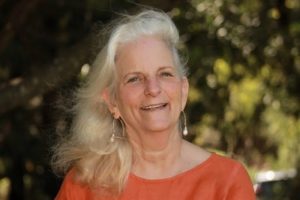 I have practiced Homeopathy for 40 years and have treated patients with Lyme and other tick-borne diseases for 20 years now.

The results have been gratifying to both my patients and myself.