Coping with loss, from grieving to healing

Grief is a normal reaction to loss. We all go through the grieving process at various points in our lives, and we usually get through it … somehow. At times, however, our grief can be so debilitating that it overwhelms our ability to cope and/or it triggers a decline in our health.

Homeopathic remedies are remarkable in their ability to support people and help them maintain good health during times of grief. The person’s symptoms guide us to the appropriate remedy, and that remedy could be any one of many in our homeopathic materia medica. 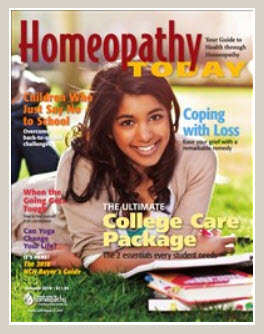 Originally published in the Fall 2018 edition of Homeopathy Today

Our most well-known remedy that is often useful at these difficult times is Ignatia.

Sometimes called “the funeral remedy,” it is especially indicated after a recent shock or loss when a person grieves silently, with the feeling of a lump in their throat. Natrum muriaticumis another remedy renowned for addressing symptoms of a person suffering deeply with silent grief, even years later, when the episode is long past but the effects persist.

Less well-known, but no less valuable in times of grief, is a third homeopathic remedy. To learn about it, read the stories of Adele*, Suzanna*, and Dara* below.

In the early days of my practice, a 27-year-old woman named Adele made an appointment to see me.

I welcomed her to my office; she greeted me with a perfunctory, “Hello.” Her voice and face revealed no emotion. This pattern continued through most of the interview, which went very much like this:

Me: Please tell me what brought you here today.

Me: Please tell me more about that.

Me: Is there anything more you can tell me about being tired, such as when you’re most tired?

Me: Does your fatigue affect your ability to work?

Me: Could you tell me more about that?

A series of additional questions from me evokes a similar response—a pause before speaking, as if each word is brought out with great effort. The response is often one word.

What to make of it?

As a relatively new practitioner, I felt an inner frustration. “How am I supposed to help her if she won’t tell me anything?” I thought. It took a while for the proverbial light bulb to go on and for me to realize that Adele’s appearance and the way she answered my questions were really telling me everything! Her one-word answers, her pauses, the blankness of expression of both her face and her voice are all characteristic indications for the remedy she needed.

Adele’s answers to the following questions revealed the source of her mental-emotional state.

Me: When did this fatigue start?

Me: What was going on in your life three months ago?

Adele: (It seems that she is looking not at me, but past me, now with intense sadness in her eyes. She does not respond.)

Me: (as gently as possible) Were you under any stress at the time? Anything that was difficult to deal with?

Me: Could you tell me what was going on then?

Adele’s heartbreaking loss had overwhelmed her whole system. It was as if her life force had been pulled out of her, leaving an exhausted human being who could barely cope.

The remedy that brought Adele back to life was Phosphoric acid.It is known to help people who are extremely exhausted and apathetic from a grief or loss.

Adele’s key symptoms pointing to this remedy can all be found in Kent’s Repertory in the “Mind” chapter:

I would add that while I couldn’t objectively say whether Adele had an aversion to answering or found answering difficult, she did reflect long before speaking, spoke slowly, and answered in monosyllables wherever possible.

Adele responded well to a dose of Phosphoric acid1M. Within a few days of taking it, she noticed a subtle but definite change in outlook, with her spirits lifting just a bit. Her improvement continued over the next six weeks, with her energy and interest in life slowly but steadily returning.

Then Adele’s father had an unexpected health crisis; he came through it okay, but Adele didn’t. The stress was too much for her, and she began to feel more tired and apathetic again. With another dose ofPhosphoric acid1M, she was back on the improvement track.

About three-and-a-half months after our first visit, Adele greeted me with a warm “Hello” as she walked into my office. Her face was animated now, unlike the flat expression I’d seen before. With no pauses or hesitation Adele told me: “Since I took the remedy, I have enough energy to do what I need to do. Of course, I miss my fiancé tremendously. But I am starting to find joy in gardening again and in hearing the birds sing.”

In Adele’s case, her Phosphoric acidsymptoms were very apparent and easily found in Kent’s Repertory. But sometimes we see people whose symptoms are not as deep, and this can make it harder to recognize that they would benefit from this remedy.

Suzanna, age 45, came to see me because she, too, was feeling tired. It was her first visit, so I took a complete history, asking many questions. Despite her complaint of fatigue, she gave full answers easily and seemed engaged in our conversation. Her tiredness was not as profound as Adele’s, and she was capable of carrying out her day-to-day activities. “I’ve always been a high-energy person,” she said. “My boyfriend and I built our construction business together and were doing really well with it. We were together for ten years. But … six months ago, Thomas was killed in a car accident,” she said, her eyes filling with tears and great sadness.

Suzanna, a very capable woman, continued to run the business, “but I’m just not as interested. I used to really love it; now, not quite so much,” she said.

In taking her overall history, I noted many symptoms clearly pointing to the remedy Lycopodium. For instance, Suzanna had a history of right-sided pains and complaints (such as tonsillitis), some of which had moved from right to left. She loved sweets, but not so much in recent months. She also had a history of gas and bloating, but again, not so much in recent months. Her tendency was to be more tired on waking, with a second wind in the evening, “but these days, I just kind of feel draggy all the time,” she said. “Aside from work, I don’t really enjoy things the way I used to.”

I considered giving Suzanna Lycopodiumbecause of this right-sidedness, desire for sweets, gas and bloating, tiredness on waking with second wind in evening—andbecause Lycopodiumappears in the repertory rubric, “Mind, Indifference.”

Also, her actual grief symptoms were not very remarkable (and nowhere near as strong as Adele’s). That is, her response to the loss of her boyfriend—turning her attention away from usual activities—is to be expected. That she felt tired with grief was not surprising either, because grieving can be exhausting on its own—not to mention having to handle all the legal and practical details related to a death and to run a business without a business partner.

Even though her grief symptoms were not that remarkable and her Lycopodiumsymptoms were prominent, I decided on Phosphoric acidfor Suzanna. It was the strong etiology (i.e., cause) of loss for her recent fatigue and indifference that pointed me to Phosphoric acid. In addition, many of her Lycopodium symptoms had diminished in recent months, which indicated that Lycopodium might not be the remedy needed at this time.

I gave Suzanna Phosphoric acid1M,and she returned in about two weeks. “My energy is almost back to normal,” she said. And she was taking a renewed interest in her work. “I really still miss Thomas so much … but l enjoy seeing my friends now.”

A few weeks later, Suzanna’s energy was normal, but she was starting to experience a lot of uncomfortable gas and bloating. And her desire for sweets had returned. This showed me that her Lycopodiumsymptoms had come back to the fore.I prescribed Lycopodium1M, and her digestive complaints resolved.

We could say that Phosphoric acidwas the remedy Suzanna needed for symptoms brought on by a very specific event, while her chronic symptom picture was helped by Lycopodium.

From then on, I saw Suzanna on rare occasions, as she was basically quite a healthy person.

Dara, 41, was known for being a creative teacher, brimming with enthusiasm for her students. She was in a good marriage with Peter, and they’d had two teenage sons.

Much like Adele and Suzanna, Dara came to see me for help with fatigue. And like them, it turned out that the etiology of her fatigue was a profound loss. Eight months earlier, Dara’s youngest son, Will, had died in a boating accident.

“Since Will died, I’m tired,” she told me. “I don’t really care about the kids I teach. I didn’t even want to be here today because I could care less. I wish I did care. I want to be present for Peter and Ben [her other son], but I’m not really interested in much of anything. Peter and Ben are concerned about me, so I said I’d see you. I’m not suicidal or anything like that, but if a truck ran me over, I’d be OK. I think I need another dose of Sepia.”

Dara had seen me a year earlier for premenstrual tension and cramps, which had been relieved by a dose of Sepia1M. But no, her flatness or indifference was not related to hormonal issues and did not indicate the need for Sepia this time. Instead, this was the deep indifference, the removal from life, which comes from profound grief, and it pointed to the need for Phosphoric acid.Dara, too, was greatly helped by this remedy.

While Adele, Suzanna, and Dara all received Phosphoric acidafter the loss of a loved one, this remedy may be useful after any type of loss—a relationship, a job, a home, or other life circumstance—when the person predominately reacts with profound mental and physical exhaustion and apathy towards life. Interestingly, our materia medica tells us that people needing Phosphoric acidmay have a desire for juicy fruits. While I have seen this numerous times in my practice, none of these three women exhibited that symptom.

Life throws us curve balls when we least expect it, and profound loss can be one of the most difficult things we have to face. Grief can take a heavy toll on our health and wellness. While our homeopathic remedies cannot bring back what we’ve lost or remove the grief we suffer, they can support us mentally and physicallyso we can make our way forward in the healthiest possible manner.

Not just for grief

A loss leading to grief is not the only factor that might predispose someone to be in a mentally and physically debilitated state that required Phosphoric acid. Boericke’s Materia Medicasays: “Whenever the system has been exposed to the ravages of acute disease, excesses, grief, loss of vital fluids, we obtain conditions calling for it.” In his Desktop Guide to Keynotes and Confirmatory Symptoms, Dr. Roger Morrison notes that the remedy may be needed in “debilitating illness like mononucleosis, or chronic diarrhea. Drug abuse and alcoholism may also lead to a similar picture.” Boericke’s Materia Medicaadds: “A congenial soil for the action of Phosphoric acid is found in young people who grow rapidly, and who are overtaxed, mentally or physically.”

* Not their real names.