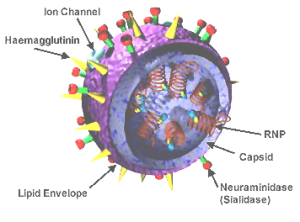 As a Naturopathic Doctor specializing in Classical Homeopathy, I am often asked,”Do you have anything for my cold or flu?” as if there were one specific remedy for “the cold” or “the flu.”

One of the beauties of Homeopathy is that the curative remedy is selected not on the disease state or diagnostic category, but on the central problem and the individualizing symptoms of the person being treated. There may be an epidemic in which a large number of people require the same remedy, but commonly different people will require a different remedy.

Over two hundred years ago the brilliant physician Samuel Hahnemann discovered Homeopathy’s core truth: like cures like. Conducting extensive medical research which has been verified in the present time, he learned that natural substances given in large doses would make people ill.

He then proved that these same substances, specially prepared and given in small doses, would cure people who were ill with these very same symptoms. 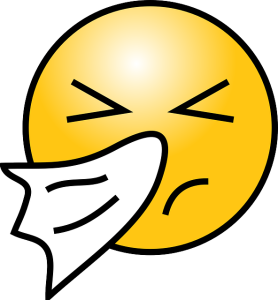 A rigorous system of natural medicine Homeopathy appreciates that within each person there is an innate healing power that can help restore health-not simply alleviate or suppress symptoms. This power is visible everyday when, without any outside help, our cuts heal and our colds disappear.

Homeopathy powerfully stimulates this healing process and is an effective treatment in chronic illnesses such as asthma, acute and chronic bladder infections, eczema, chronic fatigue syndrome, fibromyalgia, tic-born diseases such as Lyme,women’s health care issues such as PMS, dysmenorrhea, menopause and infertility and many other health problems which do not tend to resolve without treatment.

While colds and flus are most often self-limiting acute illnesses whose symptoms will disappear even without treatment, Homeopathy has the ability to lessen the severity of the symptoms and the duration of the illness.

The following is a list of the most commonly used remedies for people with colds or flus; the symptoms they cover appear so often in these conditions. However,there are numerous other Homeopathic remedies which may be beneficial. Self treatment should be approached with care and where the symptoms are severe, one’s primary care practitioner should be consulted.

Aconitum napellus — to be used in the very first stages of a cold or a flu. The symptoms come on suddenly and strongly and commonly start after exposure to cold wind.

Arnica montana — well known for its curative effects in injuries where bruising has occurred is also highly effective in flus where the predominant sensation is that of the muscles feeling bruised.

Arsenicum album — the focus is gastrointestinal symptoms. Nausea and vomiting relieved briefly by small sips of water. Diarrhea. Symptoms often start between 12AM-2AM. Chills. The nasal discharge is watery. The patient may be anxious and mentally restless. The anxiety is often relieved by having someone close by.

Bryonia alba — the person wants to stay perfectly still. Any movement at all increases any of the pains such as headache. Pains are generally relieved by pressure such as lying on the painful part. Coughs are frequently present– these coughs are triggered by the slightest movement.The person is irritable when jarred because the movement increases the pains.

Rhus toxicodendron –most commonly known for its beneficial effects on strains and sprains is curative of flus where the person feels great discomfort in joints and aching in muscles. The predominant feeling is stiffness which is worse on first motion such as getting up in the morning or rising from a chair. The stiffness is relieved by gentle motion, worse from prolonged motion and also better from warm bathing. The person experiences a great deal of physical restlessness because staying in the same position too long causes stiffening compelling the person to turn in bed. Turning, a form of motion, only relieves the stiffness temporarily compelling the person to turn or stretch once again.

Eupatorium perfoliatum –the chief symptom is pain deep with the bones. The remedy’s common name is “boneset.” American colonists learned about this plant from the First Americans who used this plant for setting bones and also in the treatment of dengue, “breakbone fever.”

Gelsemium — for flus that most often appear during the warmer months. The person suffers from the 3 “D’s”: dull, dizzy and drowsy.

Natrum muriaticum — the mucus is generally clear and looks like egg white. There may also be cold sores. The cold or flu may have come on after a grief and a desire for salt may be present.

Pulsatilla –the mucus may vary in consistency and color, often with the appearance and consistency of cream. Although the person needing Pulsatilla is chilled during the illness, she will want cool air which helps her to breathe and to feel better. She or he may be weepy and feel better with consolation.

Nux vomica — the person needing this remedy is very chilled and shivers easily from the slightest draft. Also may be constipated and very irritable.

Kali bichromicum — may be used any time during a cold, but is quite frequently indicated at the end of a cold where the mucus appears is yellow-green, thick and very stretchy.