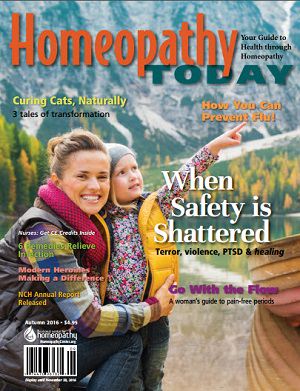 Sebastian and his sister Clementine, both age six, were adopted when they were two-month-old kittens.

Sebastian is a gentle, non-aggressive cat who loves the outdoors and his independence.

Well known in the community for his wandering ways, he has endeared himself to neighbors.

While I cherish both cats, Sebastian’s independence led me to form more of a connection with his sister, a homebody who often sits close to me.

Sebastian’s wandering has put him in contact with more aggressive cats, who have sometimes, quite literally, bitten him in the behind! 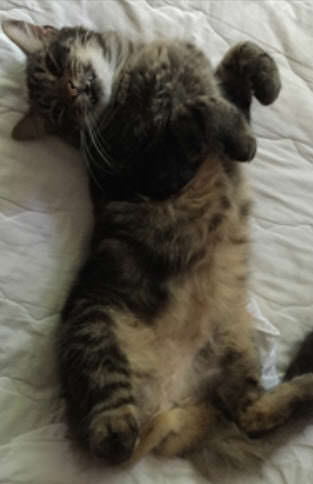 Cats’ teeth are sharp and their bites often leave puncture wounds that produce abscesses—painful pus-ﬁlled swellings under the skin, as the body tries to wall off and encapsulate a bacterial infection.

Abscesses can be a serious problem when the infection spreads from the skin into the bloodstream and other organs; this is known as septicemia (blood poisoning) and can even lead to death.

The early signs of an abscess becoming systemic are fever, pain, and listlessness.

One day I noticed that Sebastian had developed an abscess the size of a walnut close to his behind. Since my usual patients are of the human species I consulted an excellent veterinarian, well schooled in homeopathy.

The veterinarian recommended I give Hepar sulphuris 30c twice a day, a remedy frequently prescribed for abscesses. I have had success treating several patients with dental abscesses using Hepar sulph, where it eliminated the need for a root canal, so I imagined the results would be similarly positive for Sebastian.

Unfortunately, the abscess persisted, and what worried me most was that Sebastian seemed to be getting worse overall; he did not have his usual energy, and he slept more often. I was concerned that his infection was becoming systemic.

Looking back, I can see that this may have been a time to give the remedy Pyrogenium, because it is often useful in cases of septicemia, but at the time, I was concerned that his symptoms were beyond my skill. And, as luck would have it, the homeopathic vet had gone out of town. Sometimes my patients assume I am opposed to antibiotics. Not so. For me there is a time and a place for all forms of medicine.

It is simply a question of knowing when to use what. And so I took Sebastian to a local veterinarian, who prescribed antibiotics. The doctor informed me that if the abscess persisted after antibiotic therapy, surgery would be necessary. Fortunately, with the antibiotics, Sebastian’s energy returned, his abscess healed, and no further treatment was needed. 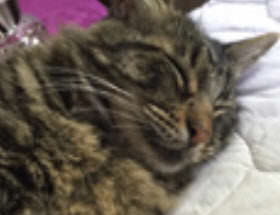 Some months later, however, another abscess, this time grape-sized, developed on Sebastian’s left ﬂank.

Again, the homeopathic vet was out of town, so I became a doctor to my cat. I tried giving Hepar sulphuris 30c twice a day for a few days, and once again, there was no change.

Because Sebastian remained energetic and did not seem otherwise ill, I decided to wait and watch, hoping that either he would heal on his own or that new symptoms would arise to point me to a different remedy. Sebastian’s energy continued to be good, but a week later, another abscess appeared on his right ﬂank.

I had also started to notice that Sebastian was exhibiting all kinds of new behavior. I kept a basket on the ﬂoor for either cat to nestle into, and Clementine loved to take a snooze there.

Sebastian, on the other hand, had never shown any interest in the basket, but now he was going there for many a nap. When Clementine approached the basket she would often ﬁnd Sebastian taking up the full space.

Another of Clementine’s favorite haunts was my desk; she liked to sit on top of it when I was working there. Now, however, when Clementine came to take her place on the desk, she would ﬁnd it occupied by her brother.

I am not a cat psychologist or animal communicator, but a good case could be made that Sebastian was jealous. If something was in Clementine’s domain, Sebastian wanted it!

I couldn’t be sure jealousy was the correct mental symptom, but it seemed a strong possibility. I am very careful about using mental symptoms because it is too easy to theorize and interpret according to one’s own views.

Unfortunately, Sebastian did not discuss his feelings with me… I was left to prescribe as one would for a young child with careful observation and some interpretation of behavior. 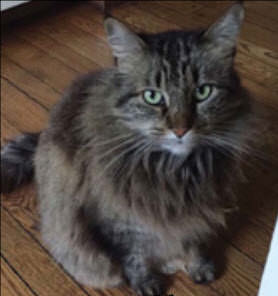 I had now determined three symptoms on which to base a prescription; two of them—abscesses and symptoms moving from the left to the right—were clear, objective, physical symptoms, and the third—jealousy—was a possible mental symptom.

Even though I worried that I might be reading too much into Sebastian’s changed behavior by calling it “jealousy” and basing a prescription on it, I ﬁgured it was worth a try. Putting this all together, I gave Sebastian a dose of Lachesis 30c, because the symptoms of jealousy, complaints beginning on the left side and spreading to the right side, and abscess are all prominent in the indications for this remedy.

The next day, both of Sebastian’s abscesses opened and started to drain, and within a short time they had healed! Once again, I had learned to respect
patience and observation. S

ometimes we are frustrated in our prescriptions because all the information has not yet emerged. The ﬁrst time Sebastian had an abscess there were no indications for Lachesis. Hepar sulphuris was the only remedy to think of as a speciﬁc—a routine prescription. It was only when his truly individuating symptoms emerged that the similimum became clear.

Once again, there was conﬁrmation that each patient needs to be looked at as an individual. There are no routine prescriptions in homeopathy!

Interestingly, once the abscesses had healed, Sebastian stopped sleeping in the basket and on my desk and returned to his usual business of exploring the woods and neighborhood near by.

He still ﬁnds Clementine’s food bowl somewhat more intriguing than his own, but with a gentle reminder, he eats from his own bowl. He has trained me well. I now also make sure he gets an additional dose of affection. No need for jealousy!