Homeopathy provides effective treatment in many in conditions of the musculoskeletal system.

Paula age 43 had been under a great deal of stress with more work than she could handle. The work load had settled down, but she developed a spasm in her lumbar area on the right side which was painful and made it hard to get up or down from a chair. 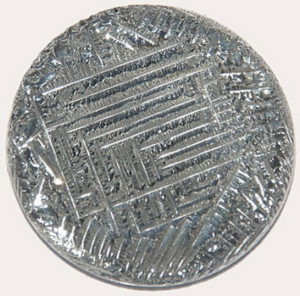 As time went on not only did she have the spasm in the lower back, but she developed sciatic pains in her right leg.

She now had trouble standing and was assisted by her husband going to see her chiropractor three times a week.

After 2 weeks there was still no relief and she was bed ridden. Every 15 minutes or so Paula would have horrific pains that felt like the drilling of of a screw into her right calf.

The episode would last about 5 minutes and due to the intensity she would be physically drained.

The chiropractor referred Paula for an MRI which revealed a herniation at L4-L5. The radiologist said this was the worst herniation he had seen in three years and told her he was sure she was a surgical candidate. At this point a friend suggested she try Homeopathic treatment.

After carefully taking her case, I prescribed Tellurium 200C. which is known for its effect in the treatment of right sided sciatica.

After her first dose, Paula said, “This is amazing.I’m still getting the pains but they’re much less intense.” By the next day the intensity and the frequency had decreased by 80% and by the third day she had no pain at all and was able to walk well without support.

Martha age 68 developed pain in the left lumbar region and left hip. The pain traveled to her left buttocks and came around going down her left thigh and knee. The lumbar pain had started with a twinge and then Martha slipped on stairs while carrying a laundry basket full of clothes down to her basement. 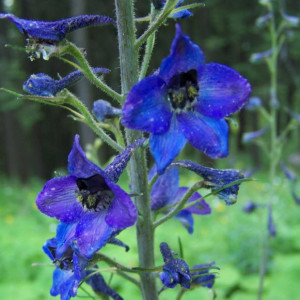 She landed on her back where she was feeling the twinge. From then on the pain intensified and extended.

The pain was worse from prolonged sitting and better from warm applications and warm bathing. Because of the pain she hadn’t slept well in a few nights.

For the last 3-4 days she had been seeing her chiropractor with no appreciable decrease in symptoms.

Because I had treated Martha before with the remedy Staphysagria which had been helpful to her, I considered that it might be an important remedy in the treatment of her pain. It covers symptoms worse on the left side and is also one of the Homepaopathic remedies known for sciatica worse from sitting.

Staphysagria is a remedy well known for its emotional picture of suppressed anger and I asked Martha if she was currently experiencing any emotional upset.

She said,”No, since my last dose of Staphysagria I feel so much better balanced emotionally; the only thing that is upsetting me now is the leg pain.” Another dose of Staphysgria was prescribed. Two days later Martha called me,”It’s miraculous! After the first dose I felt so much better. I feel an occasional twinge but for the most part I’m 90-100% better.”